Here you can share you great ideas about hardware innovation. Here you can enjoy more professional and specialized services, Here is a platform for you to make a difference!

Unfortunately, 3D print quality of mentioned part is terrible and there are print supports inside that block airflow.

Part should be horizontally cut into two separate print jobs so support should not be used or at least could be easily removed and than part could just be glued together.

Does anyone have this in STL?

I have found this for nozzle fan duct but dimensions look way off to me and as I've said, I don't know how to edit STL
http://www.thingiverse.com/thing:1770897
Did anyone actually print that part? Does it fit?
Top

HI
Here is a picture of mine. If it can help you... I don't think it looks like the one you found on Thingiverse... may be Geeetech could provide you the original STL file ? 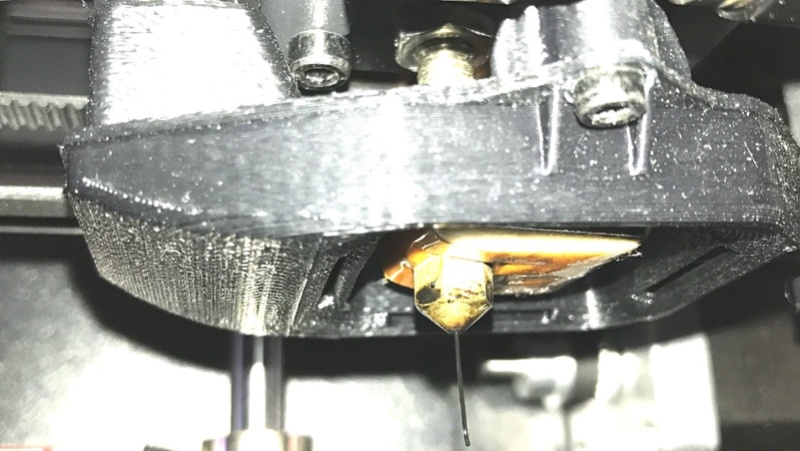 That is exactly the same that I have on my printer

It works, but it could work much better so I would like to modify it if I could get STL file or 3D model file

I took all measurements of it today and will try to make a model in SolidWorks but it will be a major PIA and will took some time.
Top

I would appreciate this STL-File, too.
Top

Me too.
Had a printjob go wrong, so the item moved with printhead, and my nozzle fan duct was more or less encapsulated in PLA.
I got most PLA off it (cracks easy), but I still have one opening filled with blue PLA, and would like to print a new one.
Top
Post Reply
6 posts • Page 1 of 1

Users browsing this forum: No registered users and 4 guests